Book Direct with the Owner at Sydney Harbour New Year's Eve Cruise Aboard John Cadman 2 with Find Attractions in Sydney, for all your Attraction and travel needs.

Itinerary
This is a typical itinerary for this product

Cruise past the iconic Sydney Opera House whilst you enjoy a delicious buffet dinner. 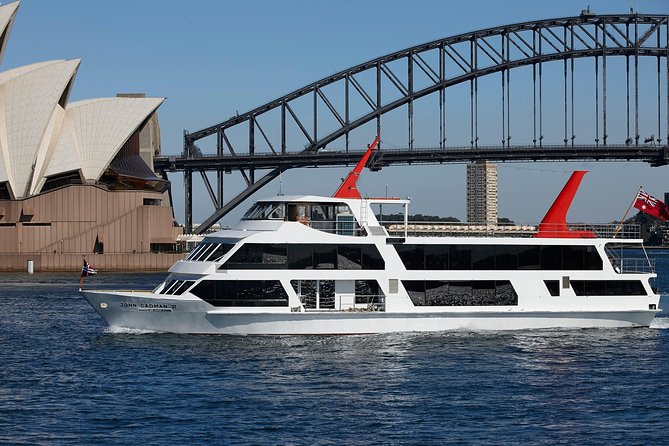 Find Attractions welcomes Sydney Harbour New Year's Eve Cruise Aboard John Cadman 2 in Sydney NSW, we offer an experience that takes you on a journey of a life time in Sydney. For all your attraction and things to do, book your adventure today.

Is Sydney Harbour New Year's Eve Cruise Aboard John Cadman 2 in Sydney your property on Find Attractions, please claim your listing and subscribe to update your contact details and receive your phone calls and emails from your clients.